‘Ten years ago I became the proud owner of my first sailing yacht, a Beneteau 25.7, which I keep in Bangor marina (Northern Ireland) all year round.

In September of last year I sailed into Ballyholme Bay (as I have done many times) to beach the boat and replace the anode but as it was later than usual the tide didn’t fully expose the propeller, so I decided to try again the next day.

There was a lot more wind the following morning making it difficult to get into Ballyhome Bay, so I decided to sail to the more sheltered Helen’s Bay.  I placed the anchor and reversed to the shoreline.  The tide was falling and the boat beached soon afterwards.  However, what I hadn’t realised was that the beach was ‘shelved’, and the propeller was the first thing to ground.  The sand was coarse and full of pebbles meaning that the propeller didn’t sink into it, as it would in soft sand, but instead was driven upwards and the force pushed the retaining T bracket up through the bottom of the boat. 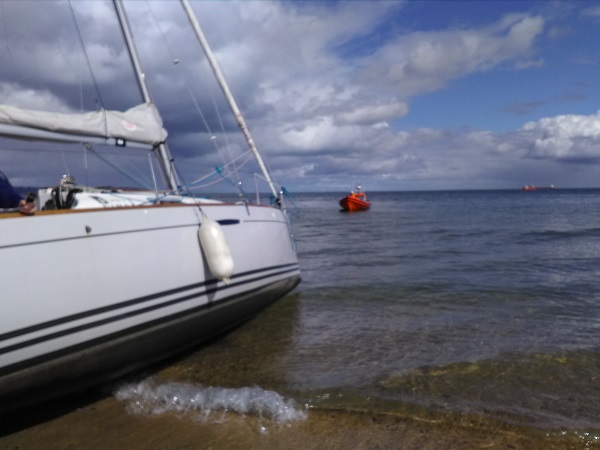 The problem here was that the T bracket was glued to a bow inside the boat which lifted and let in water at about a bucketful at a time. The boat continued to settle, leaning forward, so the water ran to the front. Fortunately, I had fitted a Whale Orca 950 electric bilge pump
when I first bought the boat and it caught most of the water as it passed on its way to the front where I was busy bailing it into the toilet and the sink, (lesson learned here – always remove the toilet seat lid as it keeps falling down as you’re bailing!). I called the Coastguard and they in-turn called the RNLI.

Thankfully help then arrived and the boat was re-floated when the tide turned. Water was now coming in at twice the speed as I was towed into Bangor by the RNLI, but the Whale Orca Bilge Pump did a fantastic job taking all the water it could find and sucking it up, which was just as well because by that time I was exhausted, hungry, thirsty and thought my arms were going to give up on me. 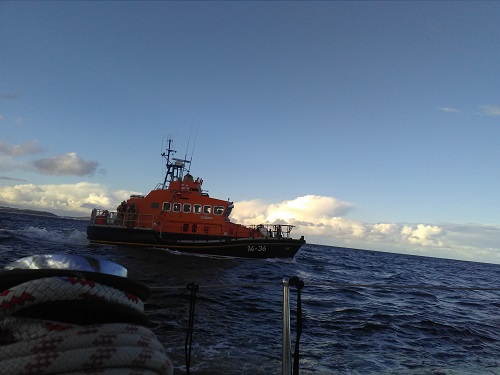 The RNLI were brilliant and towed my pride and joy to a local yard. The yard had stayed open after hours to swiftly lift me out, which was a big help. But the overall saviour of the day was my Whale Orca Pump - it really saved my bacon. My boat, Yacht Joker, was repaired and re-floated five days later and lives to sail another day!'