Congratulations to the successful bakers in Whale's Inaugural Bake-off competition in aid of 'The High Dependency Children's Ward' in the Ulster Hospital. There were several Whale themed cakes and the competition for the best in class was fiercely contested! Staff also contributed by buying cakes and buns for the successful charity coffee break. There was also a raffle for prizes contributed by staff.

A big thank you to the organisers, the bakers, the cake and prize contributors as well as everyone who attended the event. The total raised for The High Dependency Children's Ward was £700. 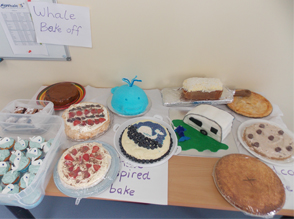 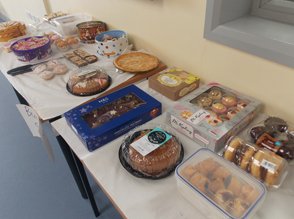 The photo on the left shows the entries in the Bake-off competition, which were baked by staff.

The photo on the right displays the staff (bought) contributions for the coffee break.